Lately some local media, particularly on-line ones, claimed that Malaysia’s domestic debt has risen to potentially dangerous levels that can, in the near future, put the country in a major debt crisis. Here’s one by Ida Lim that was posted in the Malaysian Insider, 24 December 2012.

Economists warn that a rise in domestic debt that has been keeping Asia’s economy strong could place the region, which includes Malaysia, at risk of a major crisis, the Wall Street Journal (WSJ) reported. 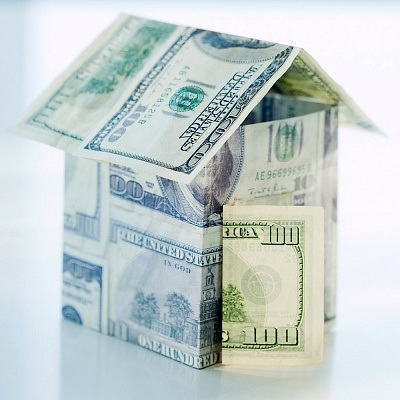 Truly indeed, in the present monetary system, both public and private debts do pose problems for any country for both are inherently destabilizing.  This is because most of these debts are created by the banking sector out of thin air that bear compounded interest charges.  Such debt that grows exponentially due to the compound nature of interest is a major cause of inflation in any economy. The article further quotes:

Frederic Neumann, co-head of Asian economic research at HSBC, warned that Asia could be at the brink of a major debt crisis, saying: “I believe we are at the beginning of a major debt cycle in Asia. We are certainly seeing the early symptoms of a debt bubble emerging, and I think it’s worth keeping a close eye on,”

Indeed, this warning is worth taken seriously because it warns of monetary dynamics similar to those experienced by the more advanced economies in recent decades.  Japan, the US and the Europe are all basically in a debt crisis within a liquidity trap.  Others are gradually getting into similar situations, a consequence of having similar fiat money interest-based monetary systems.  Undoubtedly, a massive global monetary meltdown is currently in process.  In our opinion, this is due to a distinct structural flaw rooted within the current global monetary system, i.e. firstly the nature of fiat money itself and secondly the compound interest charge imposed on that fiat money.  Hence, many economists including the author blame the monetary sector, particularly the central banks, commercial banks and investment banks for what is currently happening to the world economies.  Alan Greenspan, the former chairman of the US Federal Reserve had this to say about the flaw:

I had been going for 40 years with considerable evidence that it was working very well.  The whole intellectual edifice, however, collapsed in the summer of last year.

However ironically, when monetary crises hit, it is the governments who very often get the blame.  Of course the fault is not entirely theirs but perhaps the blame is somewhat justified since most governments do embrace the present monetary system, knowing or oblivious to the system’s shortcomings and flaws.

In the Malaysian case, some quarters have taken the opportunity of the present crisis to criticize the debt levels in the country, particularly the government debt levels.  By the end of 2011, the total government debt level stood at RM456 bil, equivalent to 53% of the nation’s Gross Domestic Product (GDP).  A significant portion of this debt, i.e. RM438 bil is domestic debt (51% of GDP), which are loans obtained from domestic sources.  Only RM18 bil is debt from external sources, which comprises only 2% of the GDP.  Table 1 below provides the breakdown of Malaysia’s total debt for the year 2011.

(Figures in parentheses are percent of Gross Domestic Product)

Source:  Economic Report 2012/2013, p138-139. *Estimated using 2011 Broad Money (M3) less currency in circulation.  We used this to estimate total domestic debt since most money is created in the form of loans except currency and coins that are brought forth by the Central Bank.

What is most important to be cautious about, therefore, is the external debt.  This is because external debts are normally denominated in foreign currencies, particularly the dollar, and of course governments cannot print currencies of other countries.  In the case of Malaysia, the total external debt is RM257 bil which is about 30% of the GDP.  Most of this debt is denominated in dollars.  Of this amount, only RM18 bil represents the government’s external debt, which is 2% of GDP.  The rest, i.e. RM239 bil (28% of GDP) is mostly external debt liability of the private sector.  Malaysia’s debt problem is, therefore, rooted more in the private sector debt rather than the public sector debt.

Compare the above Malaysia debt statistics with those of selected countries provided in Table 2 below, presented as percents of GDP.  Note that the total debt of government of Japan, for example, is 226% of GDP while that of Malaysia is only 53%.  Indeed the government debts as percents of GDP for all the countries in the table are higher than that of Malaysia except for South Korea.  The Prime Minister of Malaysia, Dato’ Seri Najib Tun Razak, nevertheless, has iterated that the Malaysia government total debt level would not exceed 55% of GDP.

Table 2: Total Debt in Selected Countries around the World, as percent of GDP

Nevertheless, it is always best to reduce debt levels.  Compound interest charges on debts would ultimately destabilize any economy through loan defaults and monetary meltdowns that result in recessions and unemployment.  The subprime mortgage crisis in the US, the sovereign debt crisis in the euro region, the banking and business bankruptcies are all primarily caused by high debt levels brought about by the structural flaw mentioned.  Such high leveraging is also the major cause of inflation and bubbles in the economy, that is responsible for the growing disparity in wealth and income distribution.

What is more worrying in the Malaysian case, therefore, is not the government debt levels but rather the rising inflation that is sweeping across the globe due to the extraordinary monetary expansion taken by the crisis-stricken Western world, particularly the quantitative easings (QE’s) of the US, that threaten the world with global inflation, or even hyperinflation.

Nevertheless, the Malaysia government’s actions to cut down on debts within the country, by tightening the regulations for home mortgages and discouraging large credit card debts, are indeed commendable.  However, I would like to suggest here some additional measures that I strongly believe that can thwart Malaysia from the domino effects of the current global crisis and push Malaysia towards achieving its high-income-country status goal by 2020.

First of those measures is, nationalize all banks.  This may sound radical, but structural problems need structural solutions.  Today most money is created out of thin air by the commercial banks in the forms of loans.  The problem is, commercial banks of today are mostly privately owned.  Why should billions of freely created money be privately owned; and loaned out on compound interest?  It’s like legally allowing some parties in the country to counterfeit money and lend the money out.  Money created out of thin air should be publicly owned.  The present fiat money system should then be a source of funding for the people, and not regarded as a private right or property.  This measure is not a remote possibility.  It has been proven to work, for example, in North Dakota, where it is the only state in the US that is not faced with financial distress from the current depressing crisis.  In this regard, the Public Banking Institute is championing this cause in the US.  About 20 states are now considering legislating to institute public banking (please see www.publicbankinginstitute.org).

The second ‘radical’ measure is to write off the interest portions of existing loans and require borrowers to pay only the principal portions, back to the nationalized banks.  If the total amount that has already been paid exceeds the original principal amount, then the loan would be deemed to have been already settled.  Again, this may sound ‘terrorizing’ but very sound in principle because this would remove the unduly created debt burden off the economy and thereby get it out of the liquidity trap.  This measure is direly needed in the advanced Western economies that are currently in liquidity traps.  In the case of developing nations, it would be a proactive measure.

The third measure is to encourage electronic payment systems based on interest-free credits.  Such systems encourage trade with minimal cash balances and promote business and employment.  Sometimes called complementary currencies, these are highly effective ways to counter the negative effects of the global crisis and particularly stimulate regional economies.  I strongly recommend governments to consider this measure officially because such payment systems can significantly reduce the need for public and private borrowings while increasing business, employment, profits and tax revenue for the government.  The economies of countries like Brazil and Uruguay are thriving through such complementary currency initiatives.

The fourth measure is to institute a real measure of value.  The global monetary system lacks a stable measure of value.  In international trade and normal business, we exchange goods and services, i.e. exchange values.  However, since the collapse of the Bretton Woods in 1971, there is no reliable and stable measure of value in the global monetary system.  From history we have learned that gold and silver were the most reliable measures of value.  In other words all goods and services should be valued relative to these precious metals.  Most people find it difficult to see the point in this but being sound in principle it would bring about a just, equitable, stable, prosperous, peaceful and sustainable economic system.  It is a gold-and-silver-based monetary system that is most feared by the beneficiaries of the present flawed global fiat monetary system.