Money and legal tender are two interconnected words but do not really share the same financial implications. For example, it is normal for cheques and credit cards to be used as money for payments but these are not legal tenders. A business that has no bank account or has no arrangement with a credit card facility provider will not accept cheques or credit cards for payments. It is not unusual to see notices in business premises with the sign ‘Cheques Are Not Accepted!’ 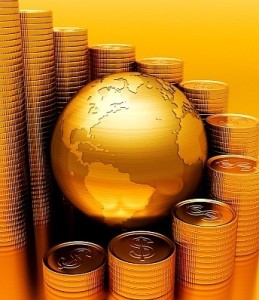 The term legal tender is not explicitly defined in the Central Bank of Malaysia Act 1958. But in current practice, it usually refers to anything decreed by the law of the land that cannot be refused as payment for debt. When the law of the land legislates something as legal tender, that thing becomes a recognized medium of payment for settling debts throughout a country.

Legal tender usually refers to currency notes and coins issued by a government. While currency notes and coins are money, but without being legal tender, they carry no value as payment of debt in a country. The Japanese banana notes in World War Two became obsolete immediately after the war. For those harbouring their efforts during the Japanese war years to accumulate the banana notes, the only way to get the value worth for these notes today is perhaps to have them auctioned at Sotheby’s in another fifty years time.

Not all coins issued by the Central Bank are legal tenders for all payments. Normally, smaller denomination coins are legal tenders only to a limited amount. In the case where a driver pays for a highway toll, the toll collector has the right not to accept the payment if the payment is made all in one-cent coins. However, in the context of Malaysia, coins of the denomination of les than fifty sen are legal tenders for payments up to two ringgit only.
The issue about money that has persistently created so much of the global financial and socio-economic instabilities, imbalances, and injustices today as can be evidenced from the 1997 East Asian financial crisis is because of its nature as fiat money.

As fiat money becomes more and more an instrument of neo-imperialism, an alternative to fiat money has to be sought to introduce a parallel monetary system that can eventually install balance in world order. Gold not only is, but has always been, that alternative.

From a monetary point of view, gold can play the role of complementary money, that is, real money that complements the scarce national currency in promoting economic activities. Complementary monies have the characteristic of checking severe unemployment.

For a country like Malaysia where pawn-broking is normally patronized by the lower and middle income group, there is a high chance that significant amounts of gold and jewellery that are placed as collaterals in the pawning, will go unredeemed. That these gold and jewellery will go unredeemed is due to the ‘strange’ characteristic of the current interest-based fiat money system where, in the aggregate economy, the interest portion can only be paid in real goods and services. This means that loan-defaults are caused by the structure of the system.

The term Pajakgadai has the negative connotation that a thing pawned will not likely be redeemed. The word Pajak means to pawn. But the word Gadai means to surrender one’s belonging for good and leaves the person penniless. The Malay terminological equivalent for the Islamic practice of pawn-broking would then be Pajakgadai Islam. This would definitely sound awkward and give a negative impression that is against the purported practice of Islamic finance and banking. As such, the word Al-Rahn is preferred.

Notwithstanding whether the name is Pajakgadai Islam or Al-Rahn, the fact is that the Islamic pawn-broking institutions in Malaysia are witnessing their unredeemed gold keep rising. Some of these institutions have been known to dispose their gold stock by selling them to jewelers at 20 percent below market price. The state of Kelantan is a case in point. To check the problem of excessive gold stock in the pawn vaults of the government-owned Kedai Al-Rahn, the state government recently introduced a move to transform the gold that was sleeping idly in these vaults into gold dinars and circulate them for payments in the economy. Immediately, the federal government announced that the move is contrary to the legal provisions of financial practice in the country.

This purportedly brings up the question of the status of legal tender of the gold dinar in the state of Kelantan. Putting politics aside, both the state and federal governments should look at the viability of the move to turn the gold into gold dinars for payments in a broader perspective in relation to the implications of the introduction of Islamic finance and banking practice in the country as mentioned above, its alternative to the fiat money system, and the neo-imperialist hegemony.

On the part of the Kelantan government, it could perhaps begin by looking at gold as commodity rather than as currency. Therefore, the gold dinar should be treated as a commodity and not as a currency.  Currency is normally understood as some fiat money that carries a face-value. The gold dinar must not carry a face value, but rather should be exchanged for based on its weight in gold and the prevailing market price for gold.

On the part of the federal government, the obscurity surrounding the word legal tender that does not provide for any definite limitation with regard to the scope of its meaning should be used as a compassionate act on its part to allow for the gold dinar to be tested of its feasibility. While the federal government’s concern on the implications of the move to the overall situation of the country’s economy is understandable, it could perhaps restrict the legal tender of the gold dinar as a commodity rather than as a currency. This way, a win-win situation could be achieved for both sides.