I refer to the letter “Gold dinar impractical” (The Star, July 6) where Goh Hoe Hoe of Penang argued that the gold dinar initiative by the Kelantan government as impractical.  From an economic reasoning this would be true so long the legal tender law stands.  The paper notes would drive the gold and silver coins out of circulation, known as Gresham’s Law in economics.  However given the current global monetary and economic crisis faced by the world, significantly due to the effects of the dollar and euro crises, it is worthwhile to give the gold dinar idea some consideration.  The matter is not of the concept but rather how to implement it.

Many are of the understanding that the gold dinar initiative calls for every transaction to be carried out using gold or silver coins.  This, of course, is impractical.  However, this can be easily overcome if, as some point out, gold and silver are correctly used as measures of value in economic and business transactions.  Hence the electronic media and the internet should be heavily used in the gold-silver system in order to minimize the use of physical coins.  It is more of a netting process, very much as in the bilateral and multilateral payment arrangements. 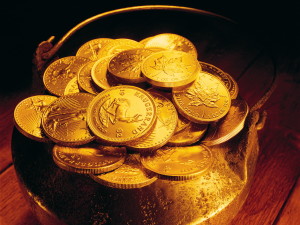 The implementation of the gold-silver money should go simultaneously with the fiat money system so that the public is given a choice.  People should be given the freedom to choose their money without any one being forced to accept one kind of money over others.

It’s a kind of barter trade as Mr Goh puts it, but it would not face problems normally associated with barter because the precious metals would play the role of money.  Rather the system would be fair because it exchanges value for value.  The problem with fiat money is that it gives unfair benefit to its first user – a strong reason for the criminality of counterfeiting notes or coins.  Notwithstanding this, commercial banks, that are mostly privately owned, are given the right to create money out of thin air through the fractional reserve banking system.

With electronic payment systems of today, the divisibility problem would not arise.  It is possible to transfer even 0.001gm of gold or silver between accounts, which are about 16 sen and 0.003 sen respectively.  In the classical system, the copper coins, i.e. the fulus, played the role for such small transactions.  The stability of the value of gold and silver over long periods of time and as hedge against inflation has been much proven in academic research.

At the international level, such gold-linking would bring about a just, stable and sustainable monetary and economic system.  Even foreign exchange risk would disappear.  Indeed many economists are of the view that it’s the removal of the gold link in 1971 that brought about the demise of the Bretton Woods, as the root cause of the present dollar and euro crisis that is threatening the world with hyperinflation and serious recession.

Accordingly, in 2010 the former President of the World Bank, Robert Zoellick, called for major world economies to consider adopting a global reserve currency based on gold as part of structural reforms to the world’s foreign exchange regime.   Indeed, much earlier in 1997, Nobel Laureate Robert A. Mundell predicted gold’s return as international monetary unit in this century.  Nonetheless, it is important to note that gold money is not in the interest of the banking system and some political quarters, because it denies them the right to create money out of thin air as they enjoy it now.
Accounting and tax issues are a matter of modifying existing rules and regulations.  After all even today central banks do sometimes settle among themselves in gold.

Hence the impracticality argument for gold dinar is not of concept but rather of will and method of its implementation.