Real Money: Money and Payment Systems from an Islamic Perspective 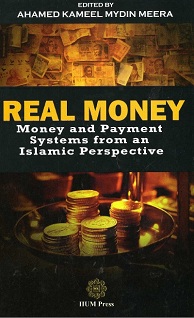 Islamic banking started with the objective of providing a banking system that conforms to the Shari’ah, with the absence of interest or riba. Nonetheless, it has increasingly become evident that a convergence is taking place between the conventional and Islamic banking systems. Indeed, most Islamic financial contracts are now tied to the market interest rate- the very thing they were supposed to avoid. This paper argues that convergence is indeed likely to happen due to arbitrage opportunities between the two systems. This paper reasons that the use of real monies like the gold dinar, like that which existed during the Prophetic time, as necessary for realizing a stable and just Islamic economics and monetary system. Fiat money, with all its negative socio-economic effects is simply not compatible with the maqasid al-Shari’ah. This theoretical paper argues in favor of the gold dinar and for its initial application in international trade settlement. It develops a mathematical model, i.e. a non-linear optimization problem to determine an efficient trading matrix that requires the minimum gold to settle the trade balances among participating countries. The solution to the problem also provides each country with a target gold holding for the trading period.

The Theft of Nations: Returning to Gold 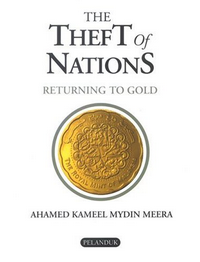 Summary: Since the demise of Bretton Woods in 1971, it is increasingly evident that the interest-based fiat monetary system is at the root of many global financial and economic crises, unbalanced development and the rising world indebtedness facing third-world countries. In 1776, the famous political economist, Adam Smith, in his classic work, The Wealth of Nations, expressed concerns about how to create and make possible the best use of wealth.

But unfortunately, the wealth of nations, created by the hard work of millions of people, is being unfairly plundered through the international fiat monetary system. This book is a critique of the interest-based fiat monetary system. It highlights the many shortcomings inherent in it, with regard to stability and justice. It reasons why the system is unsustainable, yet an easy tool for economic colonialism that had promoted the “theft” of individual nations by global power structure.

The fiat monetary system has now brought the world to a unique crossroads in the history of international monetary system. The major economies of the world, i.e., the United States, Europe and Japan, are simultaneously showing signs of distress as never before, thus threatening the global economy with tremendous uncertainties. As for solutions to the global monetary problem, two major movements seem to be taking place. One calls for the establishment of a global central bank with a single world currency, while the other, for the return to real money systems (as opposed to fiat money systems) like gold, commodity monies, complementary currencies, etc.

This book is with the latter, favoring real money systems like the gold dinar concept mooted by Dr. Mahathir Mohamad as a way out from the fiat money debacle and for strategic positioning in the current era of globalization and neo-liberalization. It also provides models for using gold in international trade settlements and domestic payment systems. 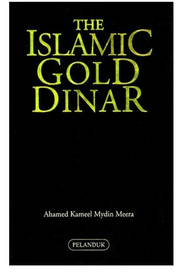 Since the Islamic gold dinar concept was mooted by Dr. Mahathir Mohamad, the Prime Minister of Malaysia, it has aroused the interest of the public of the nature and benefits of this new Islamic gold payment and settlement system. This book looks at the problems inherent in contemporary financial systems.

Taking the 1997 Malaysian economic and financial crisis as an example, it shows that the fundamental cause of business cycles, unemployment and inflation is rooted in some of the features of the present day financial system, namely fiat money money, fractional reserve requirements and interests rates. It then shows how these features also indirectly bring about many social problems to such an extent that they threaten the culture and sovereignty of nations. Even Islamic banks cannot truly operate on Islamic principles in the present system.

Most Islamic financial products are tied to the market interest rate – the very thing they are supposed to avoid. After delving into the problems of the present monetary system, it then argues how a return to a gold payment system – like the Islamic dinar – could solve many of the woes of today’s economic system. A return to such a system is not only desirable from the economic, political, social and religious perspectives, but also urgent in the present era of globalization and impending world recession, besides providing a conducive environment for Islamic economics, banking and finance to flourish.