Bernard Lietaer, a former senior executive at the central bank of Belgium who was instrumental in the design and implementation of the European Currency Union (ECU) that led to the birth of the euro, wrote the following in his book The Future of Money:

“Unless precautions are taken, there is at least a 50-50 chance that the next five to 10 years will see a dollar crisis that would amount to a global money meltdown. Currently, the monetary crisis has spread to three continents. Robert Rubin, the then US Secretary of Treasury, adds: ‘The number of countries experiencing difficulties at once is something we have never seen before.'”

Lietaer’s view is now being echoed by others, including Richard Duncan, a former consultant to the International Monetary Fund (IMF), in his book, The Dollar Crisis (John Wiley, 2003), and the chief economist at IMF, Kenneth Rogoff, who warned of a possible dollar collapse due to the unsustainable US trade deficit growth. 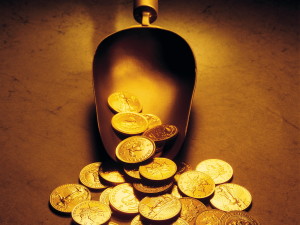 The world must take heed of such warnings since the dollar is the dominant international currency that nations around the world accumulate as reserves. A collapse of the dollar, therefore, would be a disaster for the whole world and can have profound effects on the global business, economic and political scenario.

When one traces back the origin of the crisis, one cannot miss the significant event that took place in 1971, that is, the demise of Bretton Woods agreement, when President Richard Nixon removed the link between the dollar and gold.

Since then, no currency in the world has been backed by gold. This was the beginning of pure fiat currencies within a flexible exchange rate regime. This set-up has pulled the international monetary system “off-tangent”, causing it to go haywire.

Since fiat money is created out of nothing (without being backed by gold), too much of it has been created globally. Daily currency transaction volume is in the vicinity of US$2 trillion, which is over 150 times the total daily international trade of all commodities, all manufactures and all services worldwide! (The Future of Money). Most currency transactions are, therefore, speculative in nature.

The 1997 Asian financial crisis was triggered by such speculative action. East Asian countries like South Korea, Thailand and Indonesia – once termed the “Asian Tigers” for their super economic growth – were caught off guard and scrambled to save themselves in the wake of deadly speculative attacks on their currencies.

The attack on the ringgit, for example, brought the Malaysian economy to the verge of total collapse, if not for the quick and bold counter actions taken by the Malaysian government, particularly in checking offshore ringgit transactions. Sizeable national wealth was lost due to the speculative and arbitrage activities, accompanied by business failures, bankruptcies and job retrenchments.

This opened the eyes of many on the need to check currency speculation and for prudent foreign exchange risk management. Currency crises are, nonetheless, not new phenomena. A number of countries have experienced monetary crises in the last few decades – Russia in 1991 and 1992 (and again in 1998), Mexico in 1994, Brazil in 1999, Argentina and Turkey recently.

Now, some monetary experts also predict a high possibility of a dollar crash within the next few years. The number of countries facing monetary crises simultaneously is also worrying, raising questions about the stability of the global financial system.

While the original mandate for the establishment of the IMF was precisely to bring stability to the global financial system, it has failed miserably. Surprisingly, its actions seem to do exactly the opposite, that is, bring forth instability and economic misery.

A clear example occurred during the 1997-98 Malaysian financial crisis, when the IMF advocated contractionary policies although it was obvious expansionary policies were what was needed. Fortunately, Malaysia went on its own course, refusing IMF’s advice and loan offers. The huge speculative activity in the international currency market and the high volatility of exchange rates have, therefore, become much of concern.

Under the gold standard and Bretton Woods, an automatic adjustment process existed that prevented countries from continuously accumulating trade deficits. Such a mechanism is absent in the current pure fiat monetary system. While one would have thought trade surpluses would be something good for a country, it may not be necessarily so.

Countries with trade surpluses accumulate international reserves, which may actually contribute to spirals of credit creation that ultimately develop into huge asset price bubbles. Japan is a good example. Even after years of trade surpluses with the US, its own economy went into deep trouble. Accordingly, some monetary experts feel that the whole reserve system does not make any sense.

While it is clear that “uncontrolled” money creation is at the root of the current global monetary instability, some quarters propose the establishment of a global central bank with a world currency as a viable solution (see The Dollar Crisis and Robert L Bartley’s “World Money at the Palazzo Mundell – Does the global economy need a global currency?”, Wall Street Journal, June 30, 2003).

This would again be unfair to developing nations in particular, which would not only lose through the seigniorage of such a currency but may also have to surrender their monetary policy independence and flexibility.

Another viable solution that is being much talked about currently is to revert back to gold in lieu of the international reserve currencies. Gold played the role of international money in one way or another for centuries until 1971, when Bretton Woods collapsed.

The current global scenario, plagued by financial instability, crises and chaos, has rekindled a renewed interest in gold, that it is now being looked upon as a possible saviour in these troubled times. Some prominent figures, including Mundell, predict that gold will again be part of the international monetary system.

Gold has also attracted the attention of leaders of nations that were hit by currency crises.

Former Prime Minister Tun Dr Mahathir Mohamad suggested the idea of using gold in international trade for settling bilateral and multilateral trade balances among countries. The success factor here requires trade to be both quoted and settled in gold. Gold, therefore, acts primarily as a unit of account for measuring international trade. This mechanism is expected to bring about some degree of stability and justice in the international monetary order.

In the gold system, countries need to settle their respective net trade balances after a certain period like three months, in a gold custodian’s account, say the Bank of England. The idea here is to net balances and optimise on reserves. Second Finance Minister Tan Sri Nor Mohamed Yakcop first described the benefits of this in a keynote address delivered to the International Conference on Stable and Just Global Monetary System in Kuala Lumpur in August 2002.

The total trade between the two countries is worth 5.8 million gold dinars. Under gross settlement, 5.8 million dinars are, therefore, required. But in a bilateral payments arrangement (BPA), only the difference is settled, that is, Iran pays Malaysia 0.2 million gold dinars. Note that a relatively small amount of gold is able to support a much larger trade.

The Multilateral Payments Arrangement (MPA) functions in a similar way as the BPA but involves more than two countries and makes the whole thing more efficient. Let’s add to the above trade matrix the additional trade of Malaysia and Iran with Indonesia.

The mechanism can be refined further by adding more countries in the multilateral set-up and further lengthening the settlement period. The advantage of this is that a net import position for a country during a particular quarter may be offset by a net export position in the subsequent quarter, so that, for the year as a whole, payment flows are further minimised. Note that, with such a simple mechanism, even countries with little or no foreign exchange reserves can participate significantly in international trade.

Gold as a tool for hedging foreign exchange risk has many advantages over financial derivatives like currency forward rates, futures or options – it eliminates margin payments, transaction costs, and so on. Similar to a common currency like the euro, gold would reduce speculation and arbitrage between national currencies. The euro, for example, eliminated speculative and arbitrage activities between the nations that comprise the ECU. Such a “unification” of currencies provides diversification benefits.

Gold in international trade also reduces the possibility of future speculative attacks on national currencies. Gold is argued to possess the characteristics of a good currency. It is not a coincidence that gold is the only commodity held by central banks as a reserve asset. Gold is, therefore, capable of playing the role of a numeraire, that is, a stable international unit of account that has been very much missing since the demise of Bretton Woods in 1971.

A numeraire that has its own intrinsic value, as a reference point, is necessary for establishing a stable and just global monetary system. In fact, the gold system also has wide socio-economic implications that are beyond the scope of this article. In this regard, Malaysia’s success in making this idea one of the action plans for the Organisation of Islamic Conference, at the 10th session of the Islamic Summit Conference held in Putrajaya last October, is highly commendable.