In the rubble of the global financial collapse there is not much trace of Islamic banking and finance of being significantly hit.

There are good reasons for that, i.e. the very characteristics of Islamic finance itself.

Islamic banking and finance is based on Shari’ah, i.e. the Islamic law of contracts and transactions. One of the objectives of Shari’ah is to protect the wealth of people, that is to ensure its distribution, exchange and transfer take place in an orderly, just and equitable manner.

However, among all, the taking of usury or interest is very much abhorred. Usury is not only considered unjust but known to bring about a host of socio-economic problems. Hence interest-based loans are prohibited outright. On the contrary, risk-sharing forms a fundamental characteristic of Islamic finance. It is not uncommon, therefore, to refer to Islamic banking as profit-and-loss sharing banking.

Islamic transactions are directly linked to the real economy such that every exchange activity is indeed a barter exchange, i.e. an exchange of value for an equal value. Hence, the Islamic economy is fundamentally a barter economy. In its classical form, even its money was real, like gold and silver, which makes it a perfect barter, but minus the normal problems associated with barter. Accordingly, all transactions in Islamic banking are asset-based, i.e. tied to real assets. Even Islamic bonds, known as sukuk, are not lending per se but rather a form of asset-backed securities.

Additionally, Islamic transactions cannot assume undue risks, called gharar, that have the elements of gamble-type uncertainty and unjustness embedded in them. This excludes speculative and most derivatives from being Shari’ah-compliant.

As such, subprime mortgage-type investments are not allowed by Shari’ah since these are interest-based. Accordingly, derivatives with debt-based underlying assets, are also in turn, prohibited. Therefore, Islamic banks are least exposed to the subprime mortgage investments and their derivatives like the credit default swaps (CDS) that triggered the global financial meltdown.

Also, during the early phase of the financial crisis, some countries scrambled to prohibit short-selling in their respective stock markets since short-selling could amplify a market downtrend. In Islamic finance, however, short-selling is prohibited upfront for it violates a basic Shari’ah principle that is one cannot sell what one does not own.

Another salient feature of Islamic banking is that it is highly monitored and regulated. In Malaysia not only the sector is overseen by a dedicated Shari’ah Advisory Council of the central bank, each Islamic financial institution is required to have its own Shari’ah Committee to ensure the Shari’ah compliance of its products and operations. It also calls for transparency such that investors have a right to know where and how their funds are being utilized.

This contrasts greatly with Milton Friedman’s self-regulating markets ideology adopted by Wall Street prior to the financial crunch. Alan Greenspan, the former chairman of the Federal Reserve, admitted in a recent testimony to a US congressional committee, that that was indeed a flaw in his governing ideology, adding:

“I had been going for 40 years with considerable evidence that it was working very well. The whole intellectual edifice, however, collapsed in the summer of last year.”

That collapse came about due to the failure of the real economy to service the mounting debt, which resulted in the destruction of money, i.e. the so-called credit crunch. In conventional monetary system, money is almost synonym with debt. The destruction and shrinkage of money supply is, therefore, what the credit crunch is all about and accordingly, the ‘refusal’ of banks to lend money. And the bailouts simply replace the money that had earlier been destroyed.

Islamic banks, however, are not faced with such destruction of money since they are least exposed to debt-based instruments like the credit default swaps and, therefore, unlike their conventional counterparts, can continue to provide finance without much trouble.

In summary, Islamic finance is asset-based rather than debt-based and it’s the lack of debt and the direct link to real assets that provide it with stability and guard it against the many malaise associated with indebtedness.

Nonetheless, the present Islamic banking and finance does still have a flaw in itself, i.e. its money is not anchored to the real economy, much the same as in the conventional system. That is, while all its instruments are directly linked to concrete assets, its money is not asset-backed. Islamic finance in its present state has, therefore, overlooked an important aspect of finance, i.e. the money itself. Today, as its conventional counterpart, Islamic banking also operates within the fractional reserve banking system that uses fiat money, i.e. money that is not backed by real commodities like gold or silver.

On the contrary however, the Shari’ah principles of transactions, marriage, capital punishments, zakat etc. are all based on gold and silver as the monetary standards, that cannot be changed. The wisdom behind this bimetallic standard is least understood among academics and Shari’ah scholars, perhaps because that wisdom lies in understanding the economic implications of different money definitions.

Our wish, nevertheless, is for the world to learn correctly from the global financial crisis and take appropriate actions urgenty to thwart off further damage.

The world, perhaps, should consider Islamic finance as a viable alternative to the debt-based capitalistic model; as one that is capable of preventing and avoiding severe financial crises in the future; as one that would not bring about mass loss of wealth. But nonetheless, it has to be adopted in its entirety including its real-money system. Real monies like gold can neither be created by the stroke of pen nor be destroyed, as is possible in the current conventional system.

Indeed, the strengthening of dollar in the wake of the current global financial crisis can be attributed to the destruction of dollar liquidity due to the credit crunch. Basically, the credit crunch has drastically reduced the supply of dollars to the forex market; the troubled banks being also the major players in this market. Nonetheless, the demand for dollar too has risen since many funds are pulling out away from foreign markets as stock prices fall, converting back into dollars.

Perhaps now is an opportune time for the world to take heed of Tun Dr. Mahathir Mohamad’s call for a new international monetary order based on gold, which indeed places the missing-link for a comprehensive Islamic financial system. 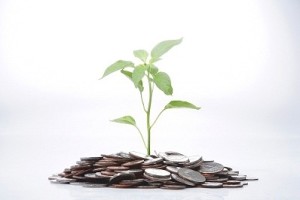 The new rising powers of Asia, notably China, India and the Middle East can make this come true, for the sake of peace and prosperity of the world. Afterall, Islamic banking and finance is increasingly being recognized as mainstream banking and finance, away from its earlier niche market status. We may even not call it ‘Islamic’ but it necessarily got to be one that is just and stable.